Back to Gallery
Artist Statement 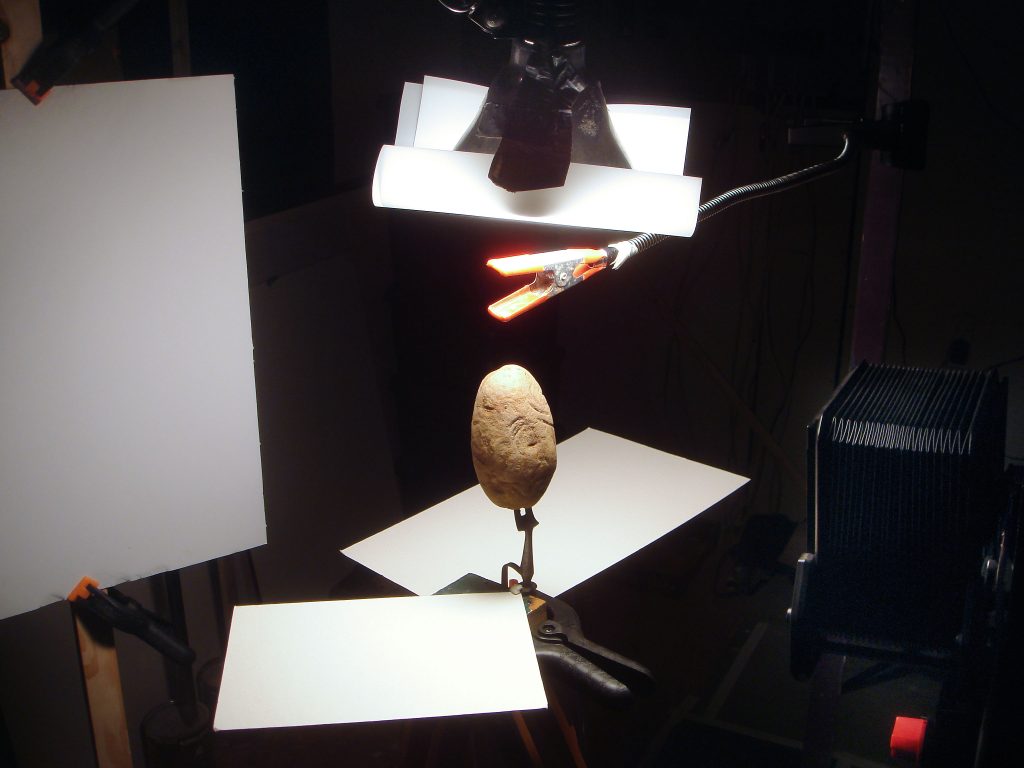 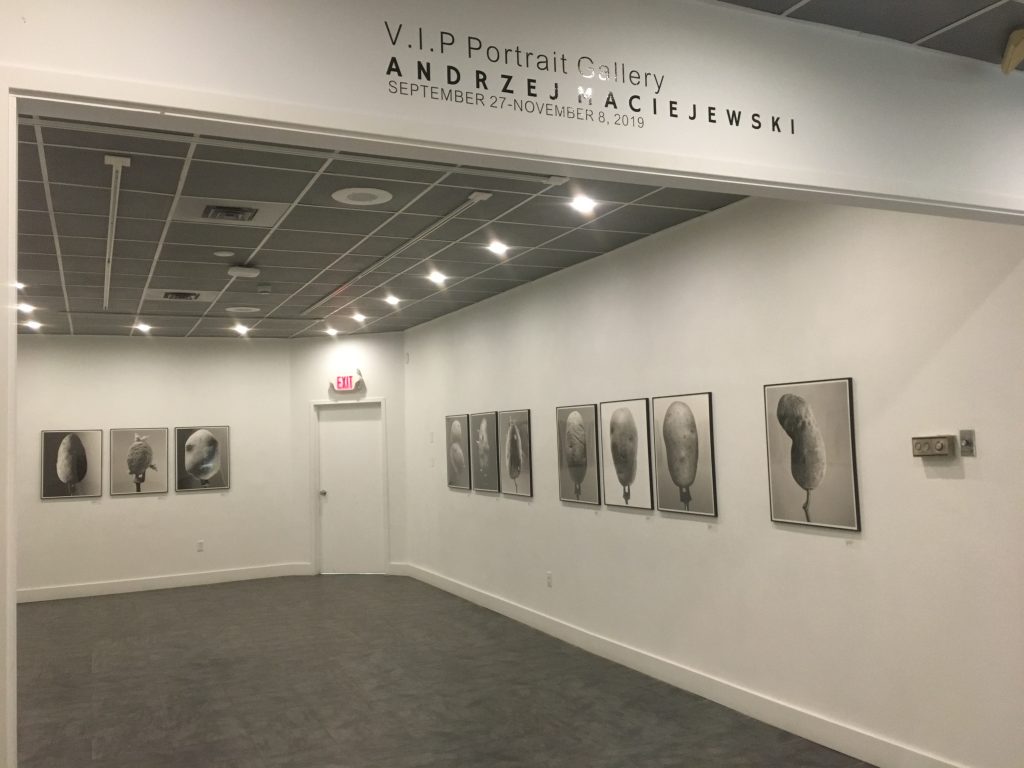 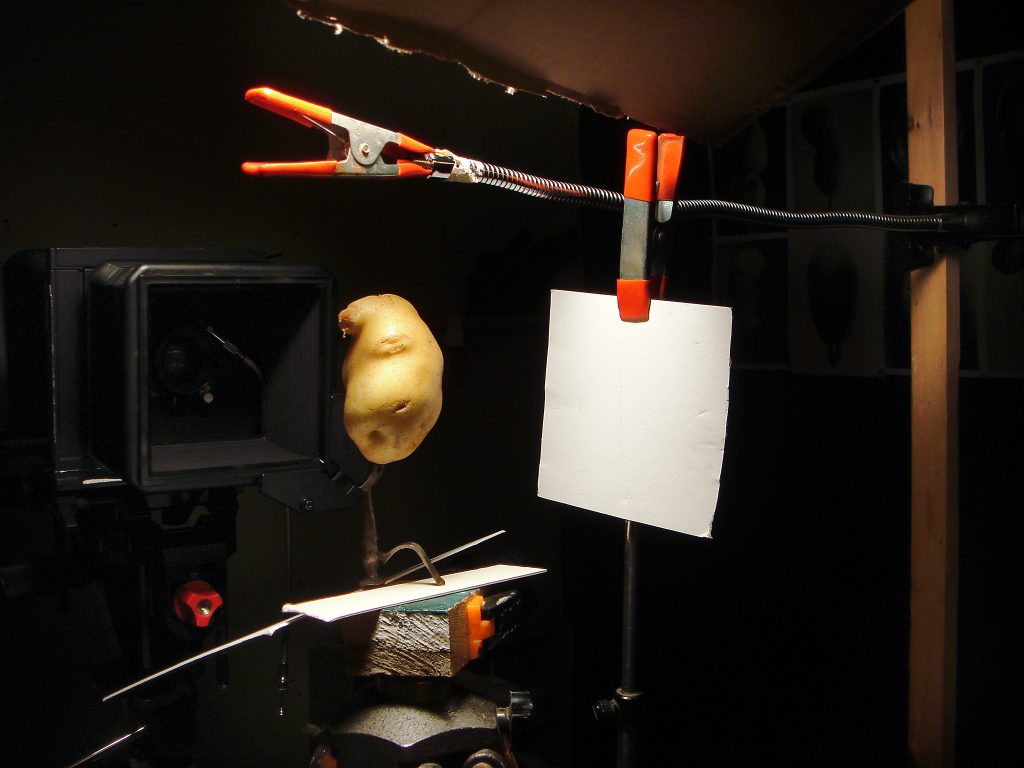 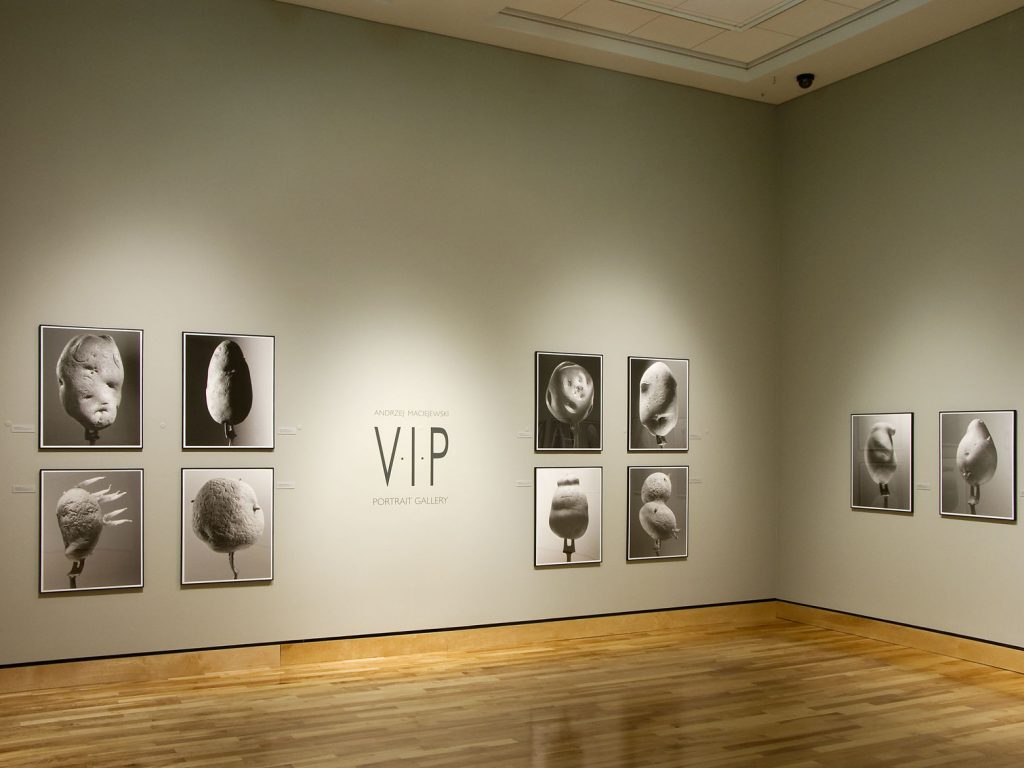 This series is a study of form, a collection of diverse shapes and textures. I have created many such collections and I often choose mundane objects, like in this case potatoes. This gives me the freedom to look at them in an abstract way or to interpret them on my own, without being limited by the overwhelming context, which often happens when you choose objects that are too obviously important

or unusual. What drew me to potatoes in particular, was their commonly unappreciated diversity created by nature, not by human artfulness. For my potatoes, I chose to make portraits rather than
simply still-lifes and I gave them names – not in order to suggest that they look like people, but simply to emphasize their individual uniqueness (names individualize, like numbers standardize). I used the
large format camera and I printed them much larger than the life-size to show them like they were looked at through the magnifying glass – with attention to all the tiny, but meaningful details. Excluding the colour factor by shooting them in black&white let me focus on shape, texture and light. The VIP in the title may be translated as Very Interesting Potatoes, or in many other ways.

This series features 36 black&white photographs. I made them using 4×5 film and Sinar view camera.

So far these photographs have been exhibited in three solo shows in Canada, ( The Rooms Provincial Art Gallery  St. John’s, NL, Temiskaming Art Gallery, Temiskaming, ON, Estevan Art Gallery and Museum, Estevan, SK ) and in the three group shows in the US. Two of these group shows were curated by the great “potatoist”  Jeffrey Allen Price: “Potato Revolution” in Williamsburg Art and Historical Center in Brooklyn, NY and “Occupy Potato” in Islip Museum of Art, in Islip, NY. The third one was “Seen/Unseen” exhibition in the Wiseman Gallery, Grant Pass, OR. Some prints from this series are in the collection of the Minneapolis Institute of Arts

It is a study of form. It is about the lines and shapes and textures and about how the light interacts with them. Potatoes are very good objects for such a study. They represent amazing diversity of shapes, sizes, texture and colors of the skin. Each of them is different than others. Each of them is an individual. And thanks to them being commonplace and seemingly unsignificant, it is easy to perceive them as abstract forms. In visual arts, especially in photography, the subject is often so overwhelming, so obviously important or interesting or let’s say, shocking, that it becomes the only thing that viewers look at and nobody pays any attention to the asthetic component of the picture. This is one of the reasons why I have always preferred to photograph mundane objects or places than the unusual ones. Somehow it is for me much more profond and much more trustworthy than exotic, glamour or impudently scandalizing pictures. But this is also about the power of art. You take something humble or unnoticed and you place it in the light, you push it out on the stage. In some way you give a new life to this thing, you re-create it. And again, the potatoes are just perfect here. You always get them in bags, you buy them by kilograms or pounds, not individually. It does not happen often that someone would look at them as singular objects. They are usually perceived as a set. For many people, potatoes are important part of their every-day diet. But they do not look so pretty as some other vegetables, like peppers or tomatoes, so they are not being pictured that often. For historical reasons, they have never gained such a strong position in religion and iconography as cereals or wine-grapes. On the scale of our attention, they occupy a very low position.

I called my photographs of potatoes “the portraits”, not the still-lifes. And I gave them human names. I did it to emphasize their uniqueness and dignity, not to pretend they look like people or that they have personality. For me they do not look like people at all, but they do look very interesting and each of them, individually, is worth attention. For the same reason I printed them big – much bigger than natural size. I wanted to emphasize their importance. And of course I also wanted to show all the amazing details, which make these objects so interesting to observe. 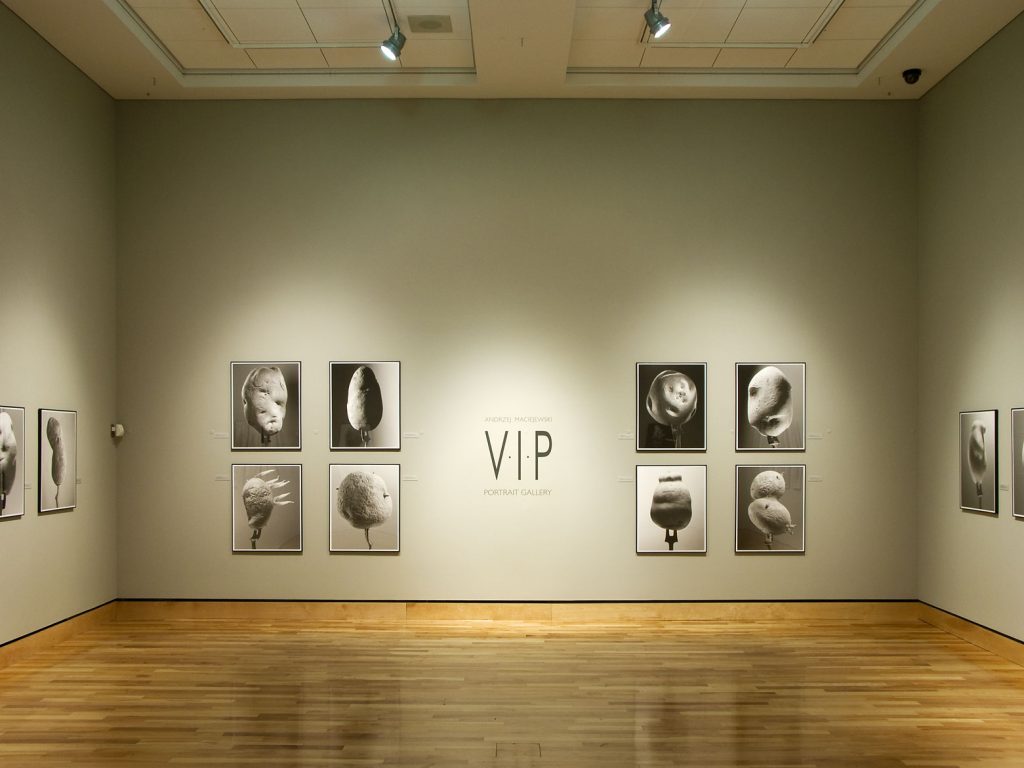 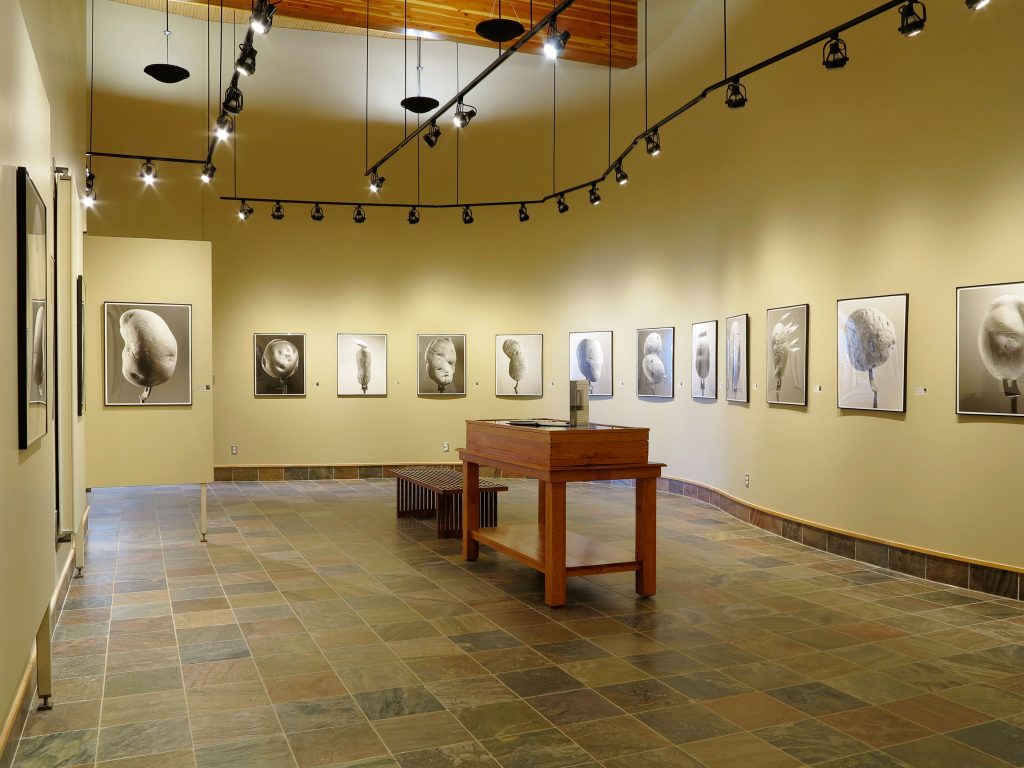 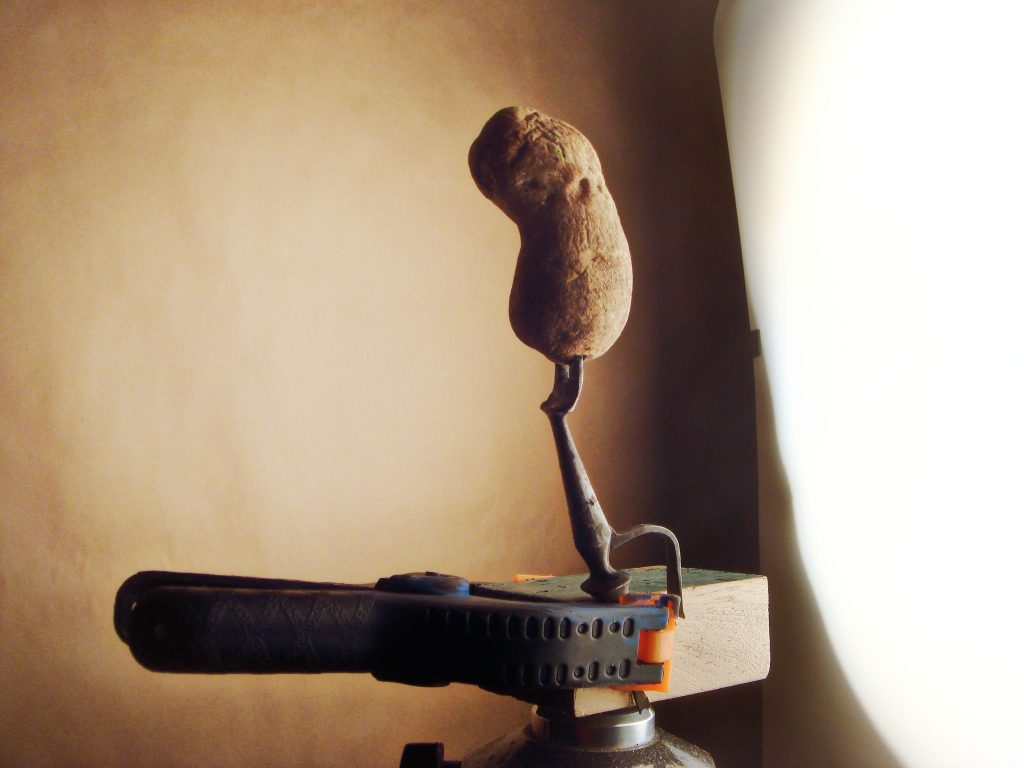 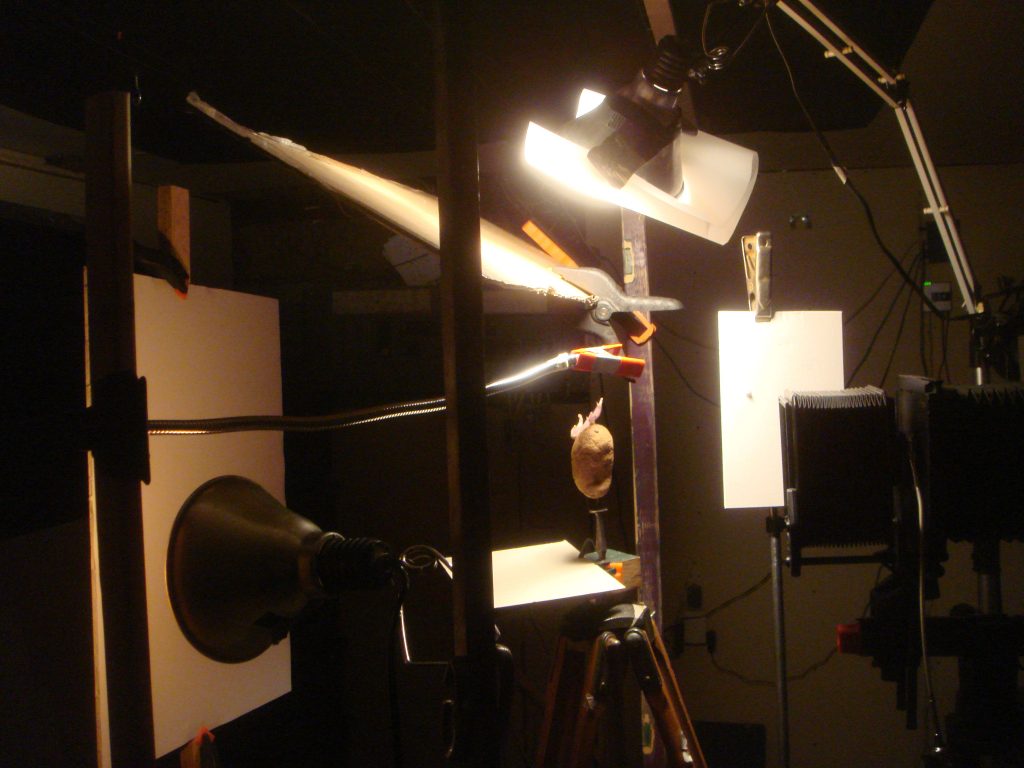