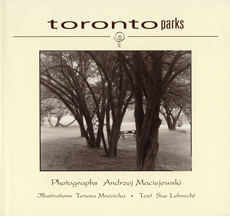 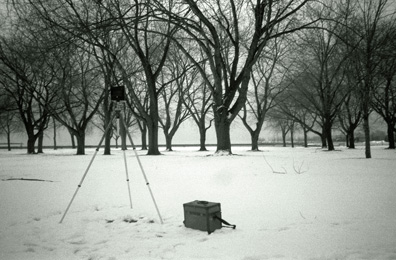 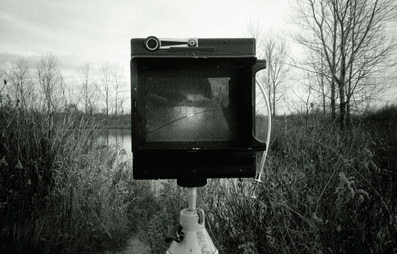 The Toronto Parks series features 49 sepia-toned photographs, presenting views of 27 parks. You may see 24 of them on this website.

I remember my surprise and enchantment when I saw for the first time how green Toronto was. It was when I went to visit the CN Tower soon after my arrival in Canada – I looked down and I saw all the green spaces here and there, covering the whole city from one end to another. For me it was amazing to learn that Metropolitan Toronto has over one thousand named parks, some of them connected with others, so you may actually hike or bike the whole day and get to even distant parts of the city without leaving parkland.
In the mid-1990’s I rented a house near Humber River. And I had a dog. And I had just left my job in a commercial photography studio to start working on my own projects. All these circumstances combined together brought obvious consequences – I began to wander along Humber River with my bike, my dog and my camera. It took some time before I realized I was making a project about Toronto parks, and even more before I decided to make an exhibition and a book out of it.
The exhibition was shown in the Colourgenics Gallery in 1999 and later in Mimico Library in Toronto in 2012. The book “Toronto Parks” was published in 1997 by Klotzek Press. Some images are in permanent collection of TD Bank and Parks Departament of City of Toronto.

All photographs were taken with a 1950’s 4×5 Crown Graphic view Camera. Like all old cameras it has its own soul. It has seen a lot. I love it for its light weight and simplicity. Three different lenses were used for the project: 105 mm, 135 mm and 195 mm. All of them are wonderful German Tessar designs manufactured in the 1910’s. They are sharp, but not too contrasty. With no anti-reflective coating they seem to respect light more than any modern lens. To have full control of the depth of field and exposure time I used a set of neutral density filters. Wanting to record movement I rarely used exposure times shorter than one second; often as long as 30-40 seconds. For some of the photographs I used double or triple exposures. That long exposure time is the reason why on some pictures you can see “ghosts” – people who were moving within view of my camera. 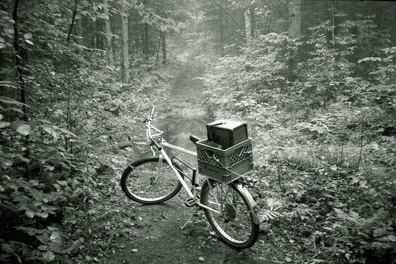 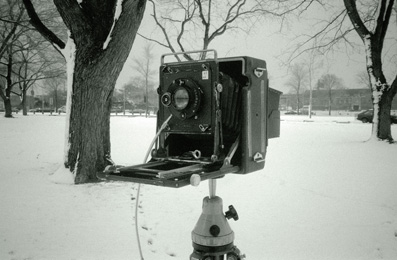