There are 54 photographs in this series taken in 1984 in Poland. I took all of these images in Warsaw and in my hometown Ursus. This was my first complete and exhibited portfolio.

Ursus, where I grew up and lived until moving to Canada, was a small city. An industrial town situated on the very outskirts of Warsaw, it grew around a huge tractor factory. In 1977 it became just another district of Warsaw but to its inhabitants remained, and still does apart. It was even more colourful thanks to socialistic reality of Poland of that time.
In Poland of the 1980s, accsess to any photographic materials was next to impossible. It took a great effort for me and my fellow enthusiasts of good photography to put our hands on books or photography magazines. Whatever we were able to find, we reproduced right away and distributed between each other. It was a bit like working underground since all photographic material came from the West. I believe that partly thanks to these limitations I was even more eager to learn the history of photography and study contemporary work.
Places and Things is my own manifestation of what I learned at this time about so called “pure photography”. The statements made by the members of Group f64 made a great impression on me. The idea that “the camera was able to see the world more clearly than the human eye, because it didn’t project personal prejudices onto the subject” was very attractive to me. And Edward Weston’s statement “The camera should be used for a recording of life, for rendering the very substance and quintessence of the thing itself, whether it be polished steel or palpitating flesh.” became my very important motto. I think that all I have learned then has made very strong foundations for all my work until now.
I took these photographs with an East German 2 ¼ Pentacon Six TL and with a twin lens 2 ¼ Yashica 635. I would just go for walks around my city and intuitively choose where I should aim my camera. It was important to present an object or place in the most objective and “as is” form. Looking at these images today I think a lot about Roland Barthes idea that photograph is not so much a solid representation “what is” but rather “what has ceased to be”. 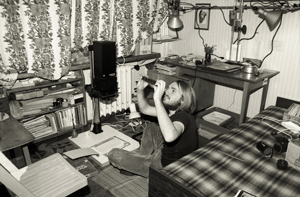 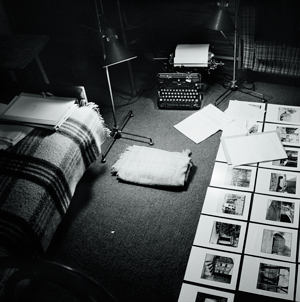