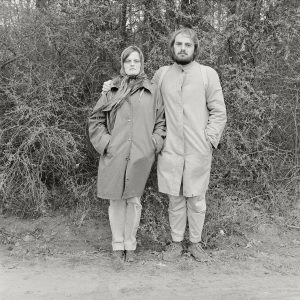 Project made in collaboration with Ewa Sheer.

The reason for taking these pictures was an instinct to preserve. Andrzej, my partner then, and I, believed in the absolute power of photography to document the truth of presence. I thought that a photograph is a philosophical tool for learning how to accept the passing of time, and ultimately how to face death. Somehow colour snapshots taken quickly and absent-mindedly didn’t speak to us in the same language as the old photographs of our grandparents. Those photographs had gravity; they were taken with care and concentration. Even when taking into account the long exposure, which rendered the photographed individuals looking very serious, even if the seriousness was imposed by the process of taking the pictures, the black and white images were an authentic record, the fingerprint of reality. The photograph puts forth the occurrence of the moment, which can never be repeated existentially. That it is why it mirrors our mortality.
The purpose of the Memorial Photography series was to preserve the moments of our lives, as photography is meant to do. But, we wanted to do it while fully observing the passing of that nodule of time. It was casual but done with our full attention. We would stop whatever we were doing, set the camera on the tripod, and freeze. We always looked straight into the camera to honour time and space. We did so over the span of seven years as we were learning to be adults, becoming emigrants, preparing for arrival of our child, as the child was growing up, our relationship unfolding, and then our parting as friends. The photograph taking was sharpening our awareness of being alive. We thought that if we put our minds to it, we would never be afraid of dying. 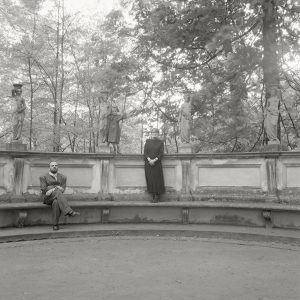 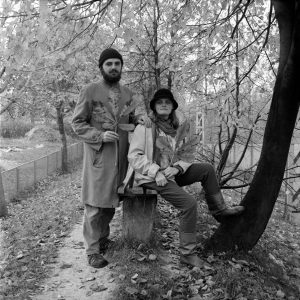